ALONG THE TRAIL OF CARNIVORES

Monitoring of the large carnivores’ populations

For an efficient monitoring of large carnivores, particularly the population trends, it is necessary to get an insight into their number, in order to determine whether a population is increasing, decreasing or it remains the same in a given period. This requires a systematic and continuous recording of their presence. Since large carnivores are secluded species and the opportunities to observe them directly are very rare, every finding and observation, especially of a wolf or a lynx, is of an immense significance and it can serve as a key information in reaching the right decisions related to the management of these strictly protected species.

One of the most frequently used and most efficient methods of gathering valuable information about the wolf and the lynx is the monitoring with the help of camera traps. Camera traps capture photos and create short video clips, containing sensors activated by movement and warmth each time an animal passes by. 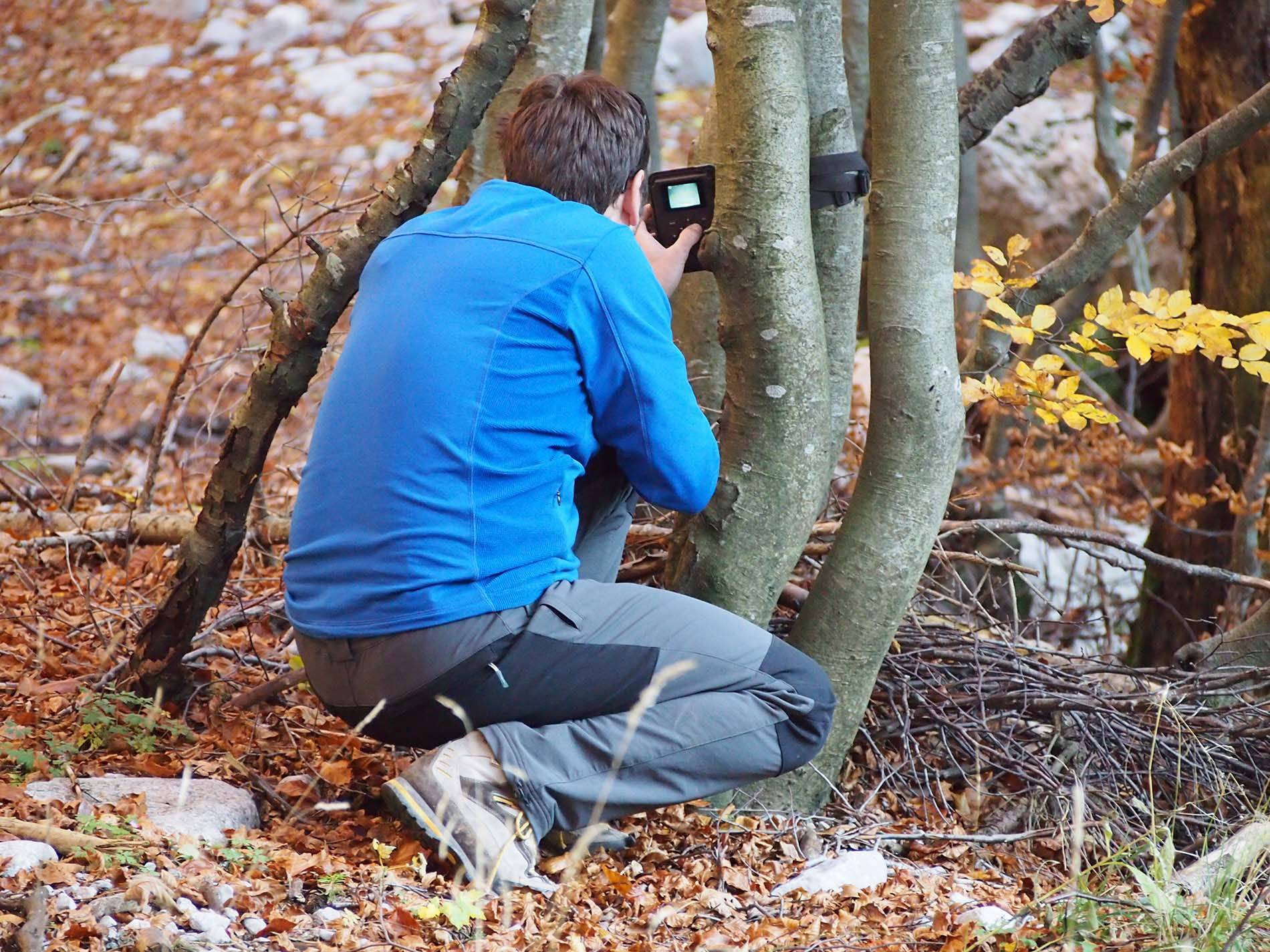 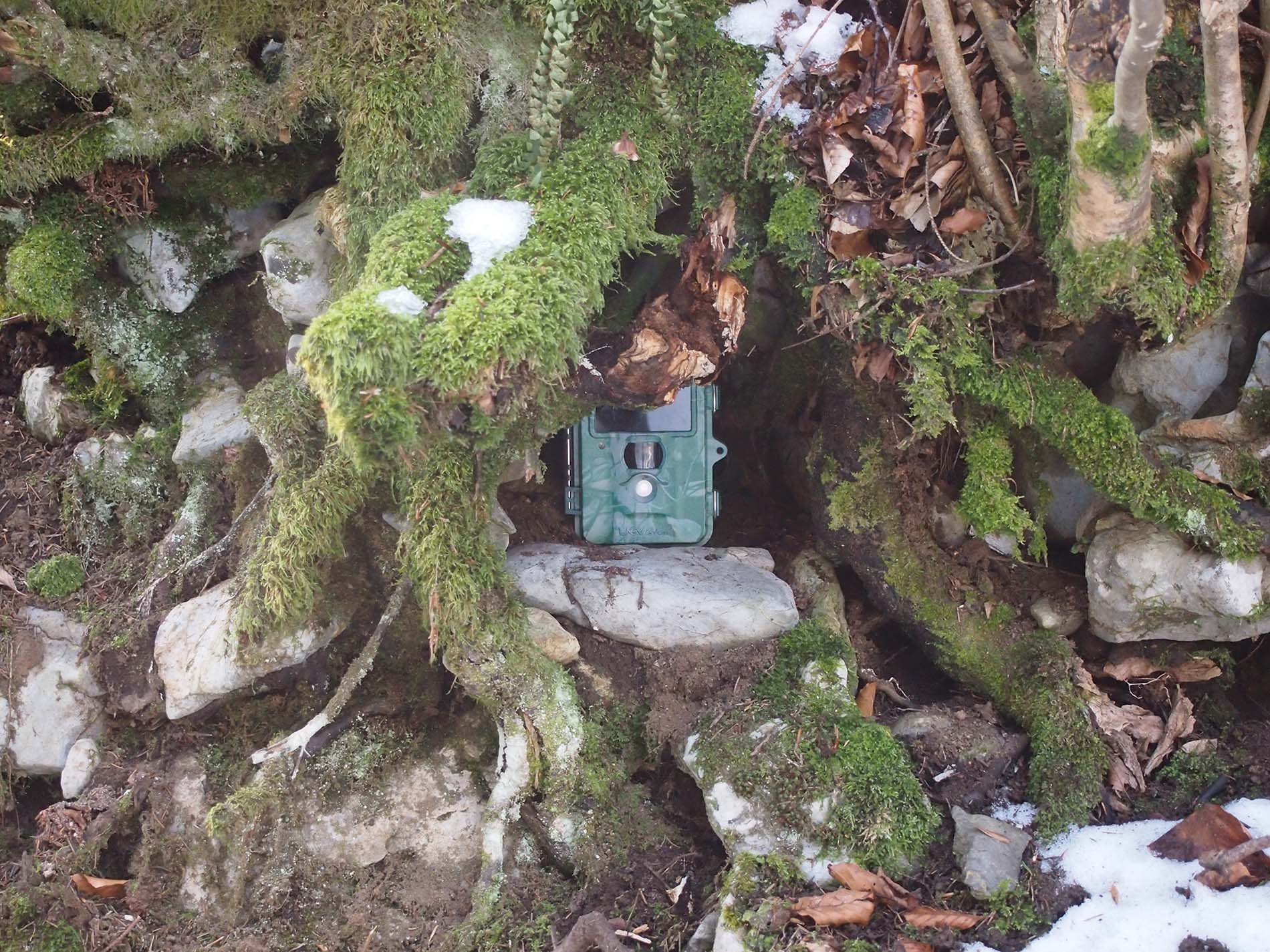 Photo 1 i 2: Installation of camera traps

One of the most important ways of collecting data is the observation of signs of a wolf’s or lynx’s presence, for example, trails in mud or snow, scat or remains of prey. 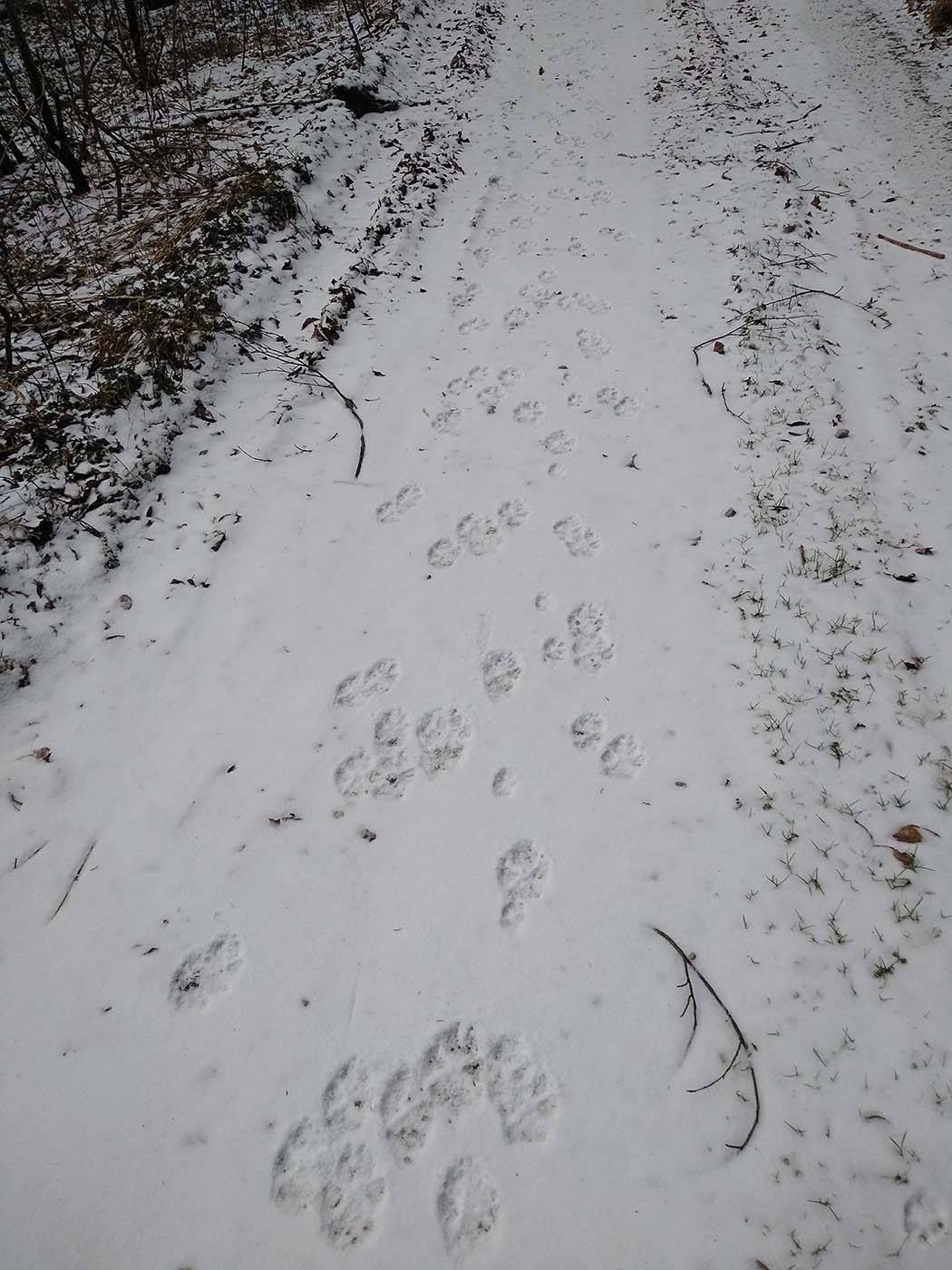 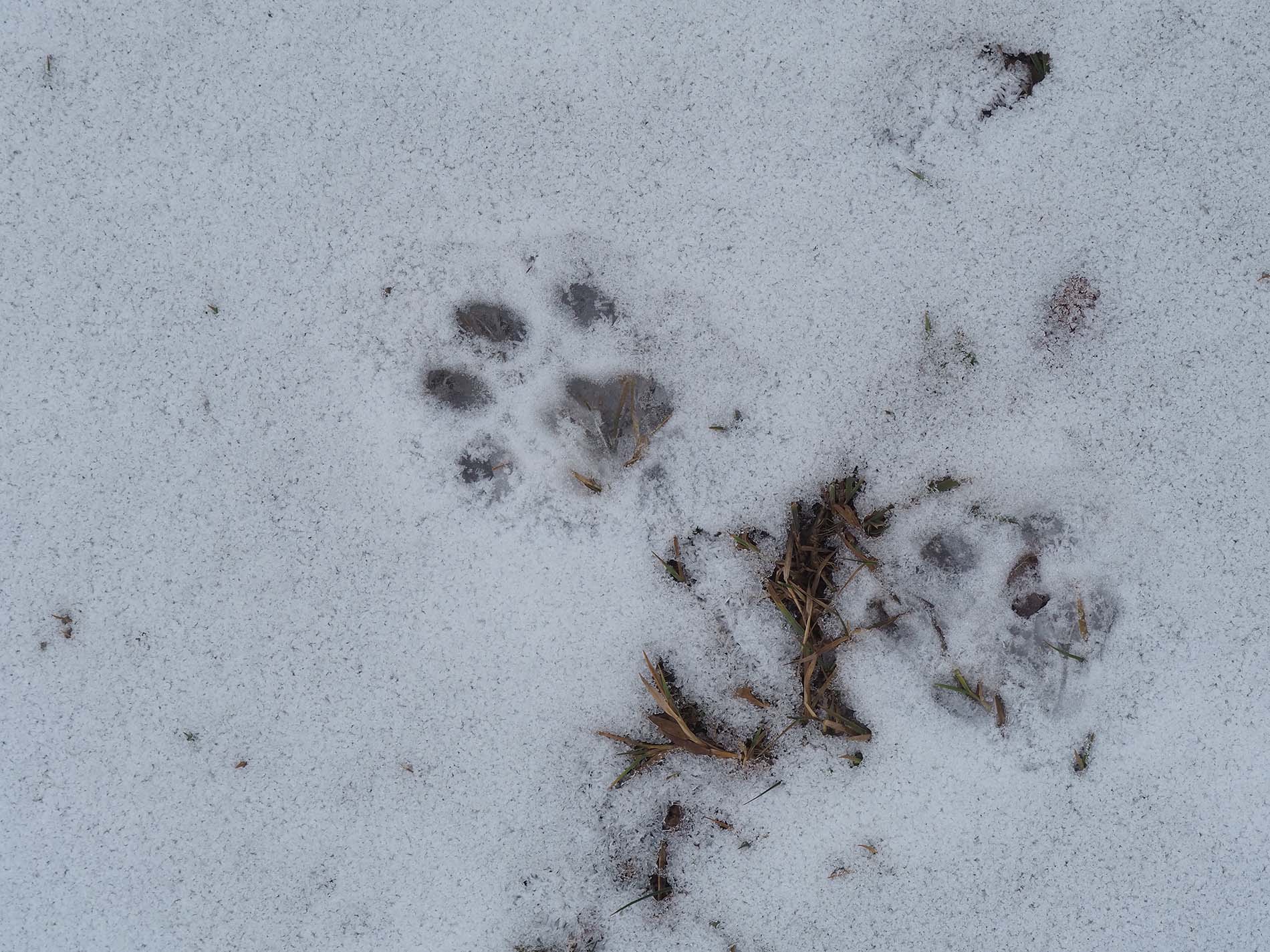 The presence of a wolf pack can sometimes be determined using the method of wolf-howling imitation, when the wolves howl back, letting us know about their presence in the habitat.

Modern technologies offer the scientists the option of telemetric (remote) monitoring of large carnivores, with the use of GPS/GSM collars. This way the researchers keep track of the animals for a longer period, mostly throughout one year, after which the collar automatically falls of the animal. 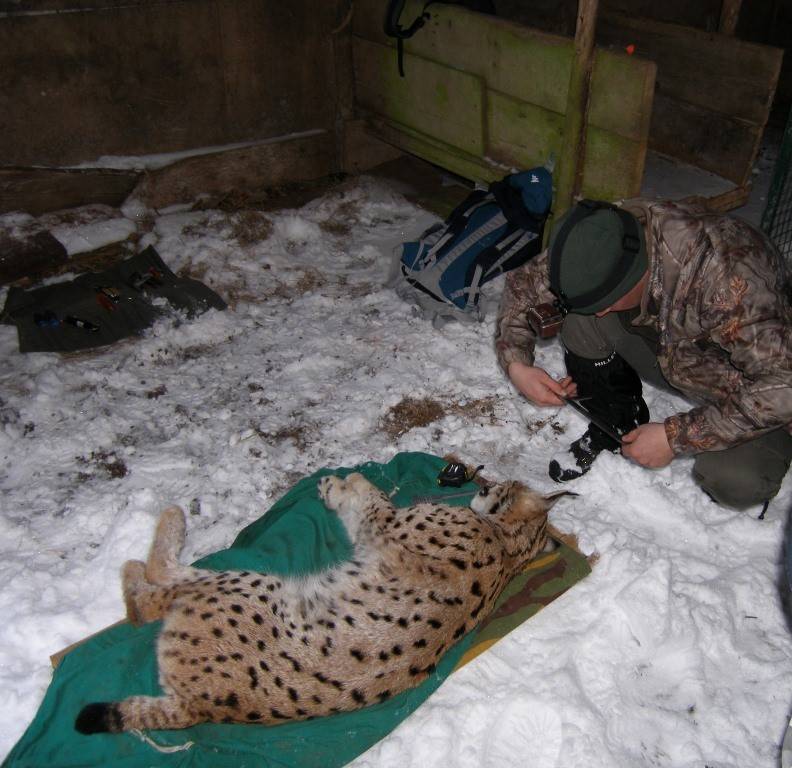 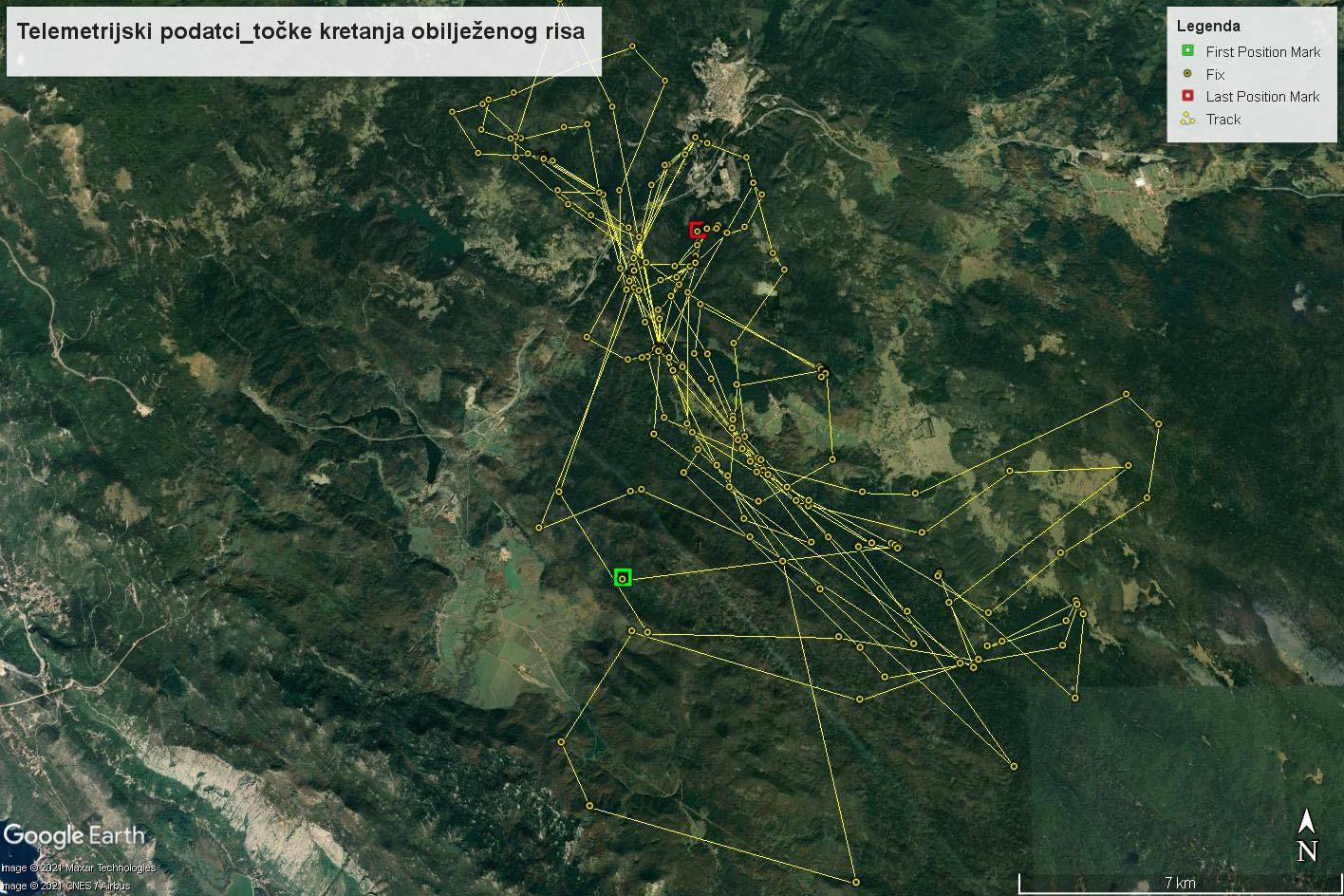 Evidently, there is a variety of ways for obtaining information about the large carnivores. Depending on what we want to monitor, we select a suitable method that meets the objective of the monitoring.

In collaboration with experts in large carnivores, we took part in the capturing and fitting of three lynxes with GPS/GSM collars in Gorski kotar, in order to obtain more information about their movement and the territory they occupy. All of the lynxes were caught using cage traps in the woods of Bitoraj (Burni Bitoraj mountain).

This is the lynx named Goran Zip, caught in February 2015. He weighed 19.5 kilos. We were monitoring him for an entire year, after which the collar fell off. Luckily, we found the collar. Goran Zip can still be seen in camera trap photos. 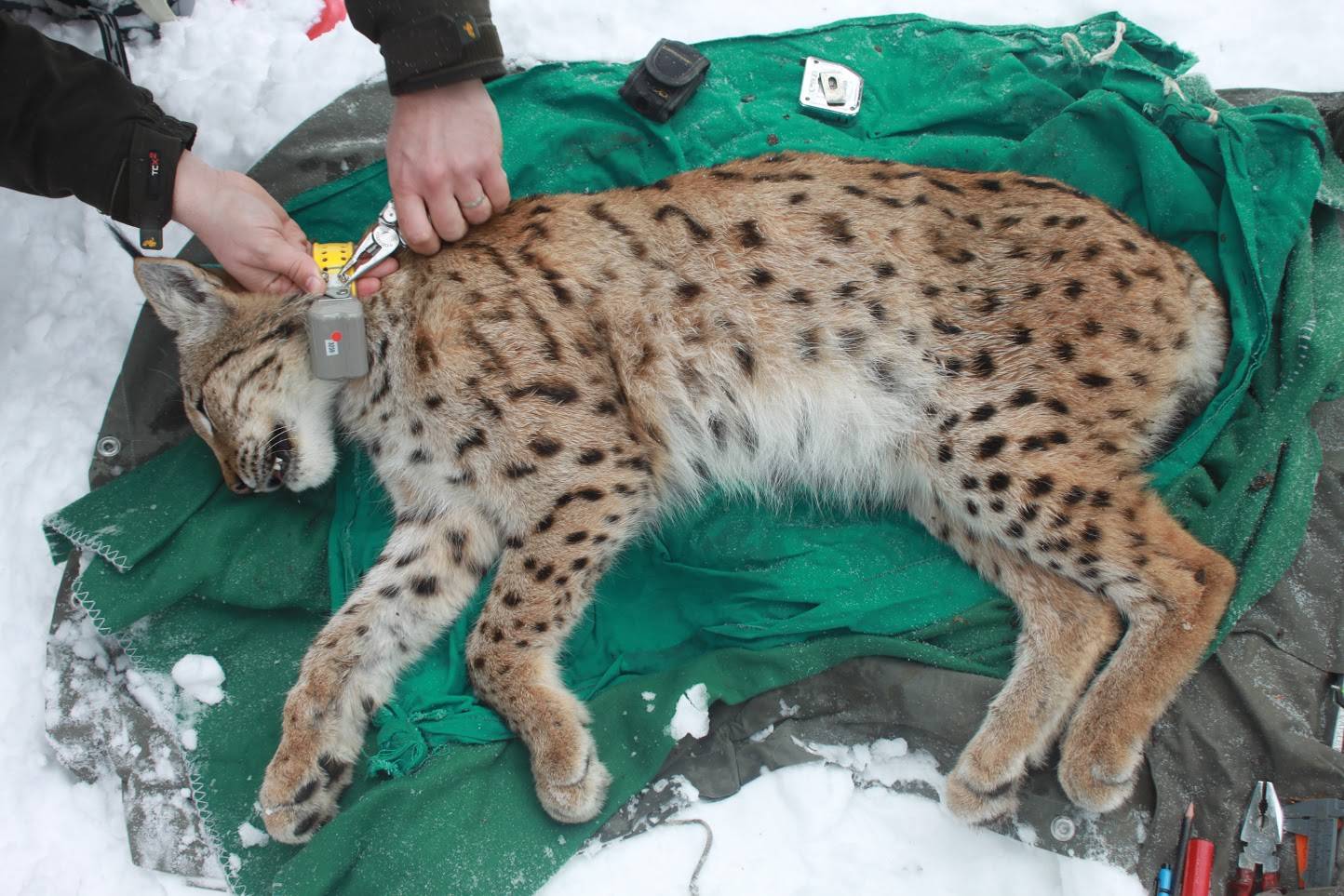 This is Burni Zip, the lynx we caught on 1 April 2016. He weighed 20 kilos. We monitored him for several months only, after which his signal was lost. Since then, we have not recorded any sign of his presence and we have never found his collar. 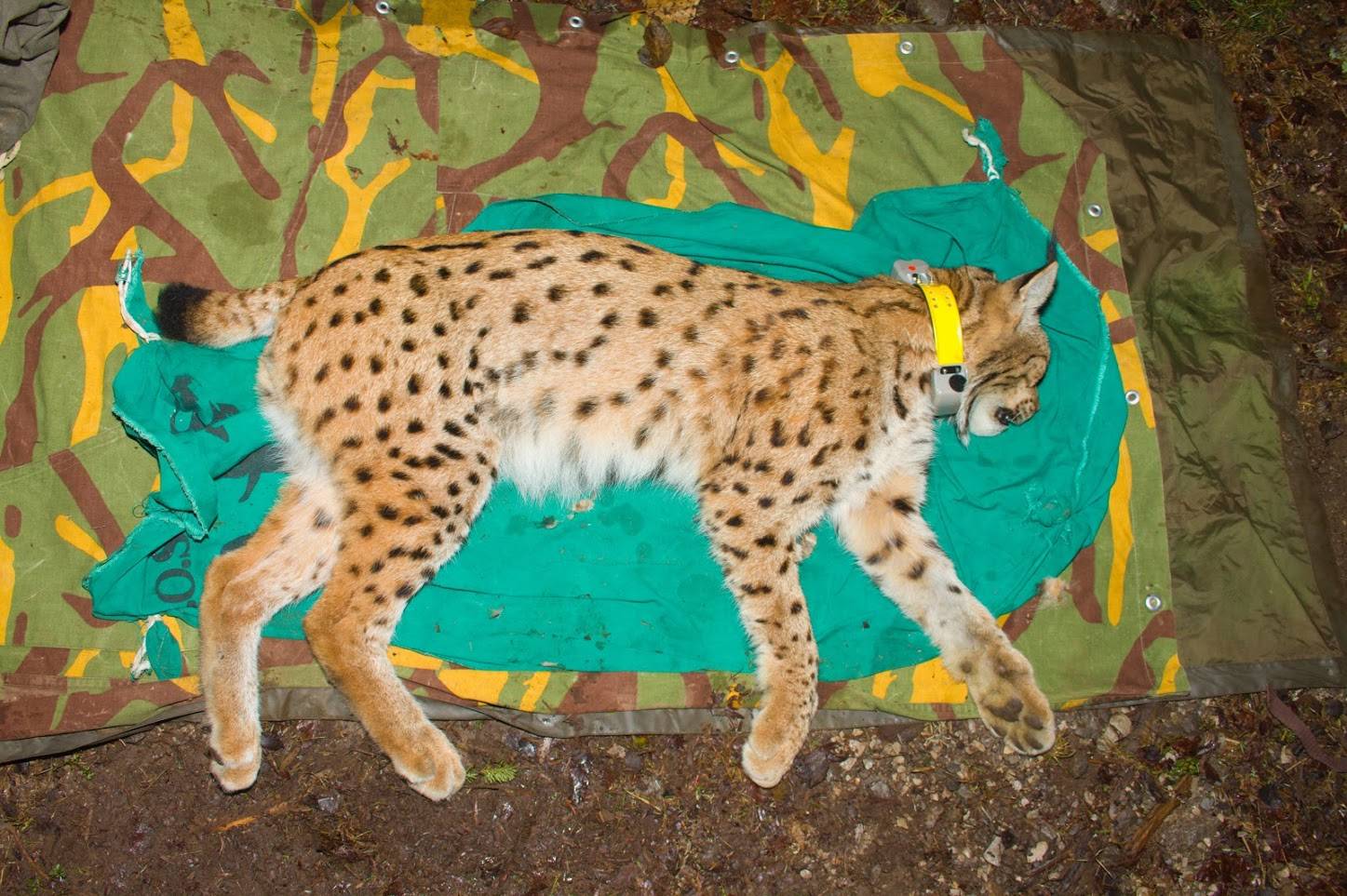 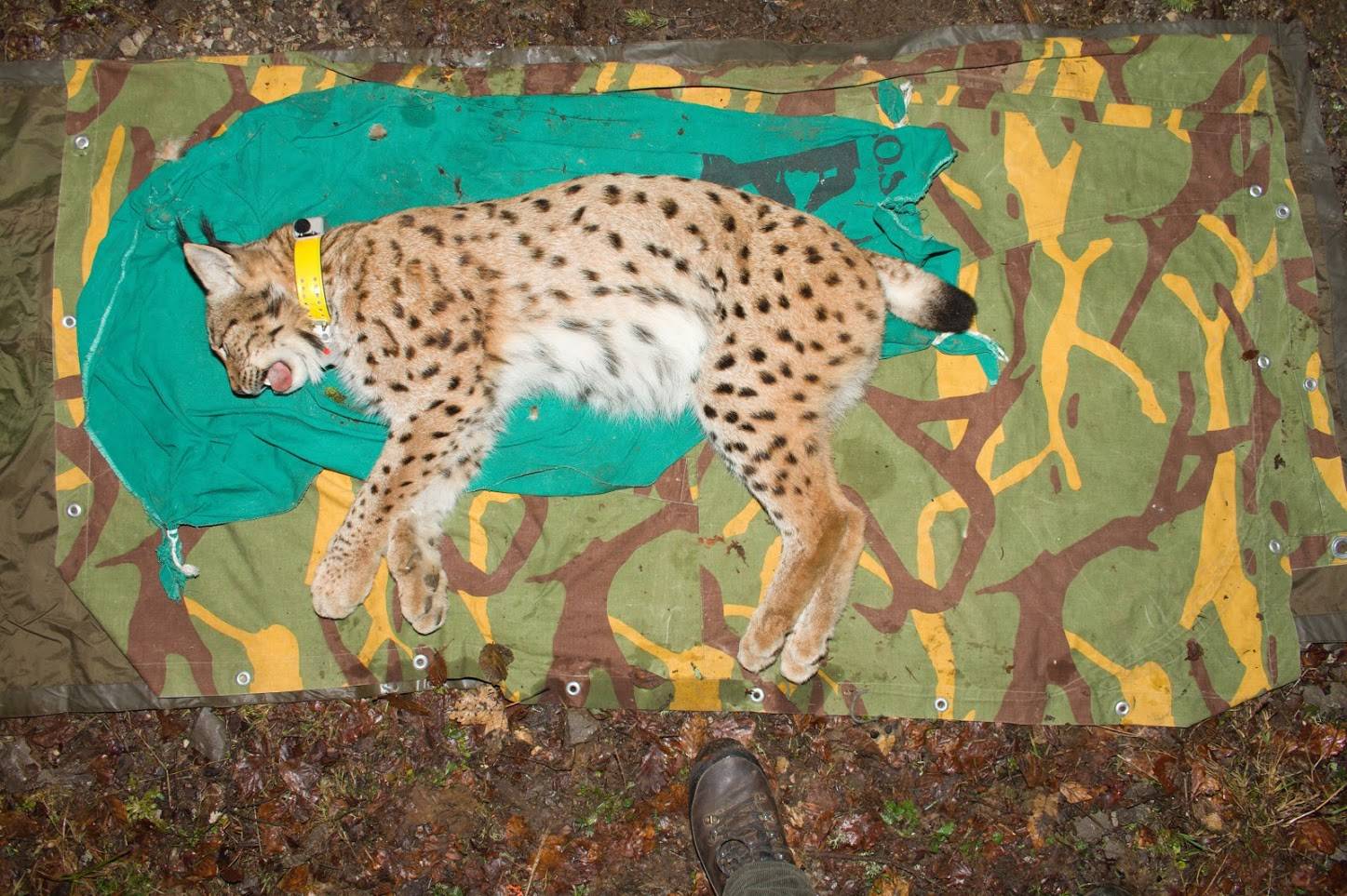 Marko Zip, the lynx caught on 16 February 2018, weighed 21 kilos. The telemetric collar stops working being in function for several months, and it completely falls off the animal in a year. Unfortunately, we have never found his collar, but we are still monitoring this lynx through our camera traps. 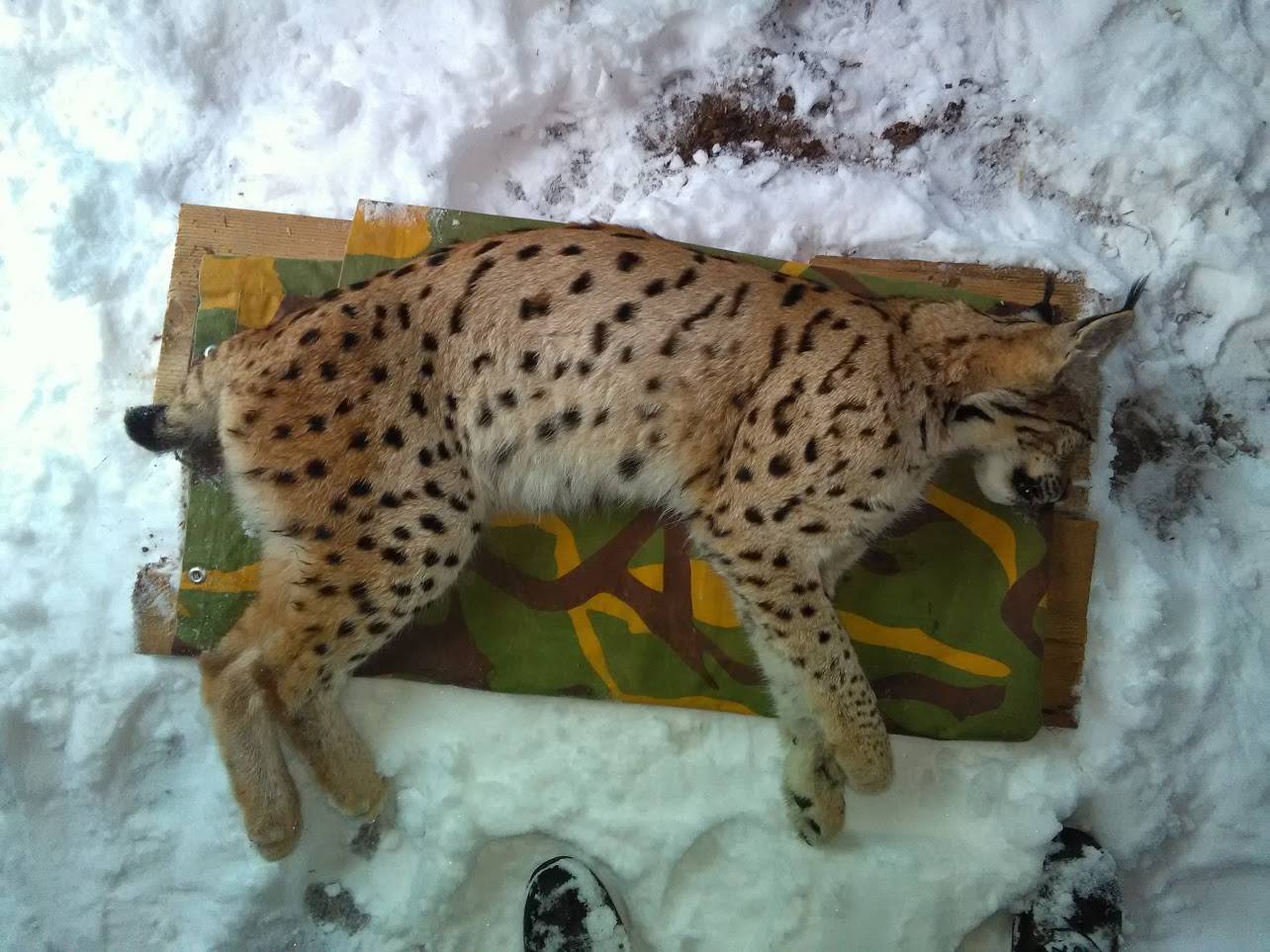 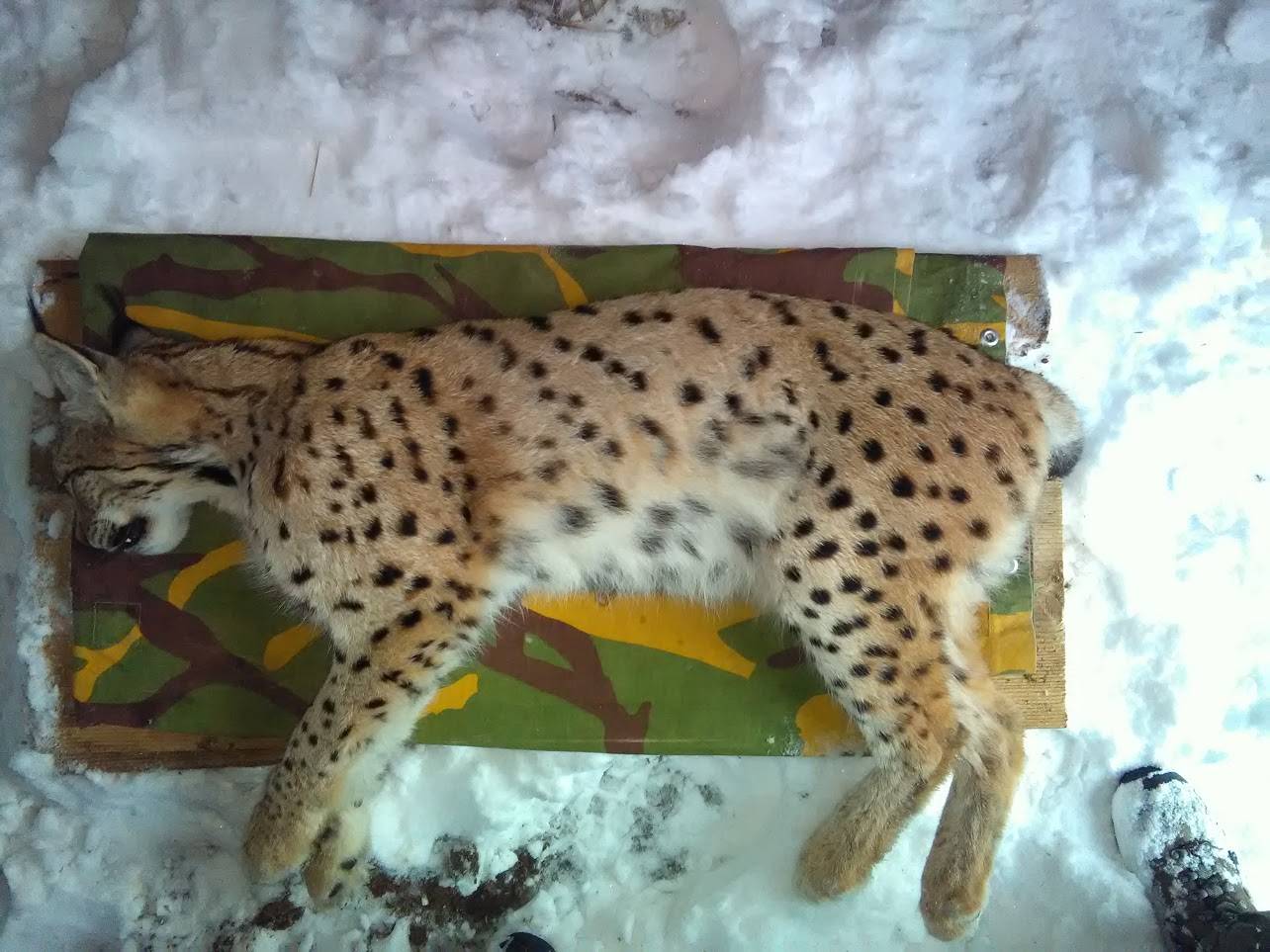 If you are visiting the habitats of large carnivores and can recognize the marks of their presence with certainty, or you we lucky enough to capture them in a photo, share your findings with us! You only need to send the photo, along with a fulfilled form that you can download here, and e-mail it to velikezvijeri@mingor.hr. Your finding will be added to or database and it will help giving a clearer picture about the density and distribution of wolves and lynxes in Croatia.