The wolf (also known as grey wolf, lat. Canis lupus) is surrounded by different beliefs. Very often the wolf is a character in children’s stories and fairytales, and it is almost always depicted as a villain of the animal world. Owing to its long-lived conflict with man, this species has been systematically destroyed, with all available means: guns, poisonous baits and traps designed specifically for wolf hunt. Moreover, money awards used to be given to people for every wolf they killed.

Fortunately, the wolf managed to survive in Gorski Kotar. Names of certain sites and villages that contain the word “wolf” convincingly demonstrate the historical presence of the species in this part of the country. In 1995, the wolf was listed as an endangered species in the Republic of Croatia and placed under strict protection. It is forbidden to hunt it, except in very rare cases and with the permission of the competent ministry. 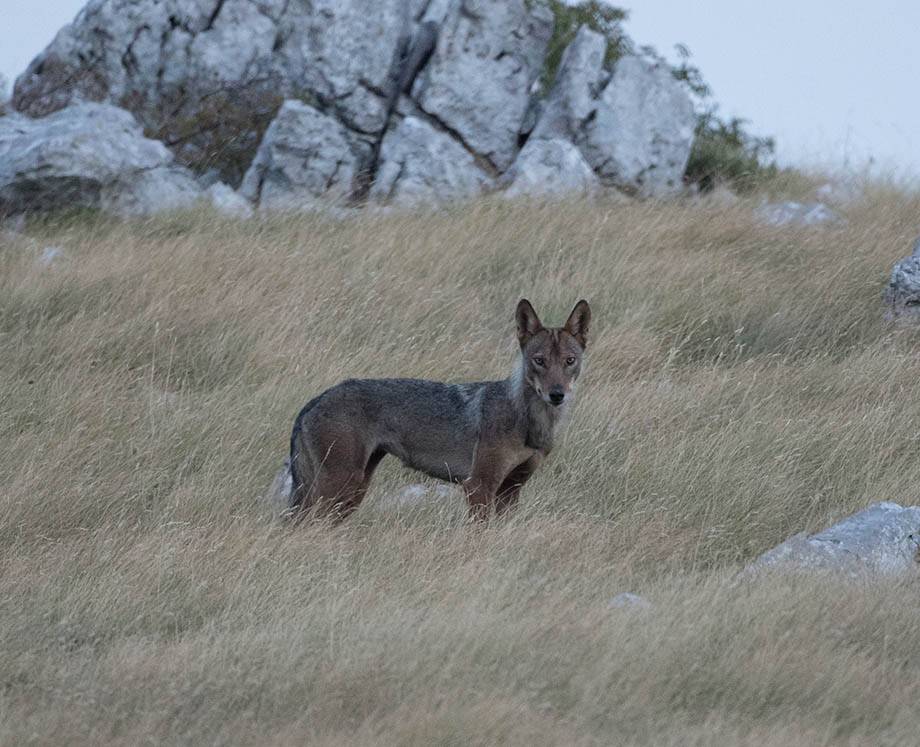 The wolf of Gorski Kotar is approximately the size of a larger dog (i.e. German shepherd) and reaches an average weight of 32 kilos.

However, a male wolf from the area of Bjelolasica, weighed with his stomach full, had as much as 46.5 kilos. In Croatia, wolves usually live in the Dinarides area, from the Croatian-Slovenian border and Gorski Kotar to the hinterlands of Dalmatia, Lika and Velebit, as well as the areas located in very south of Croatia.

Wolfs live in packs consisting of monogamous couple of wolfs and their offspring. The pack moves along a specific territory, which in Gorski Kotar can spread over the surface area of several hundred square meters. The wolves of a pack defend themselves from other packs and mark their territory with urine and scat, but also by howling and ground-scratching.

The wolf’s scat, largely consisting of hair, has an intensive and unpleasant odor. Wolves usually leave their scat in “strategic” places in the habitat, in order to mark their territory and send the message of what is theirs to other wolves.

Howling is a special form of communication among the members of the pack, but also among neighboring packs. It is more likely that you will hear it in summer, which is contrary to the popular but false belief that wolves mostly howl in winter and in full moon. Young wolves learn to howl in the months of summer, and they regularly howl in places where their pack gathers.

These howling rehearsals are used as a scientific method to determine whether a pair of wolves, i.e., the parents of the pack, had offspring in certain year.

Only the alphas, the breeding pair of the pack, can mate, which is their way of regulating the number of wolves in the unit.

Some of the young wolves disperse, though. They leave their pack in search for new territories, and to form their own pack with a compatible wolf of the opposite sex. They often die on this road; some get killed by other wolves, some are hit by vehicles, some get infected with rabies (although rabies disease in Croatian wolves is very rare) and some become victims of illegal hunting.

In Gorski Kotar, wolves are rarely seen because they stay away from people. It seems that encountering a wolf is a privilege. Most often such encounters happen by pure coincidence and completely unexpectedly. We could even say that we see a wolf “only when it allows us to see it”.

Wolf tracks, which remind of the tracks of a larger dog, can usually be seen in winter, when there is snow. We have to follow the tracks long enough to ascertain that it really is a wolf and to see if there is more than one. When the ground is covered in snow, wolves walk in a single file – the one in the front “paves the way”, making it easier for the others, who don’t have to waste so much energy walking.

In Gorski Kotar, there are at least 6 stable packs of wolves, some of which we share with the neighboring Slovenia. We usually refer to these as “the border packs”. The average wolf pack in Gorski Kotar consists of 2 to 6 members.

Habitat fragmentation has become a significant problem these days as it can have a negative impact on the population of large predators and their prey. Border fences, razor wires, wind parks, roads and highways can fragment the habitats, which means that any infrastructure planning needs to pay attention to the wolf and other carnivores, as the species of NATURA 2000 ecological network in Gorski Kotar.

As a top predator, the wolf has an important role in ecological system. Wolves often pick the weakest, ill or the most easily accessible prey, which means that they ensure the survival and further reproduction of the fittest members of an animal population. Moreover, many other animals, such as bears, foxes, martens, ravens and golden eagles, benefit from the remains of “the wolf’s feast”.

Like other wild game, wolves regularly use forest roads to move along their territory. They are more likely to be captured on camera at night, but sometimes the camera “snaps a photo” in daytime too. 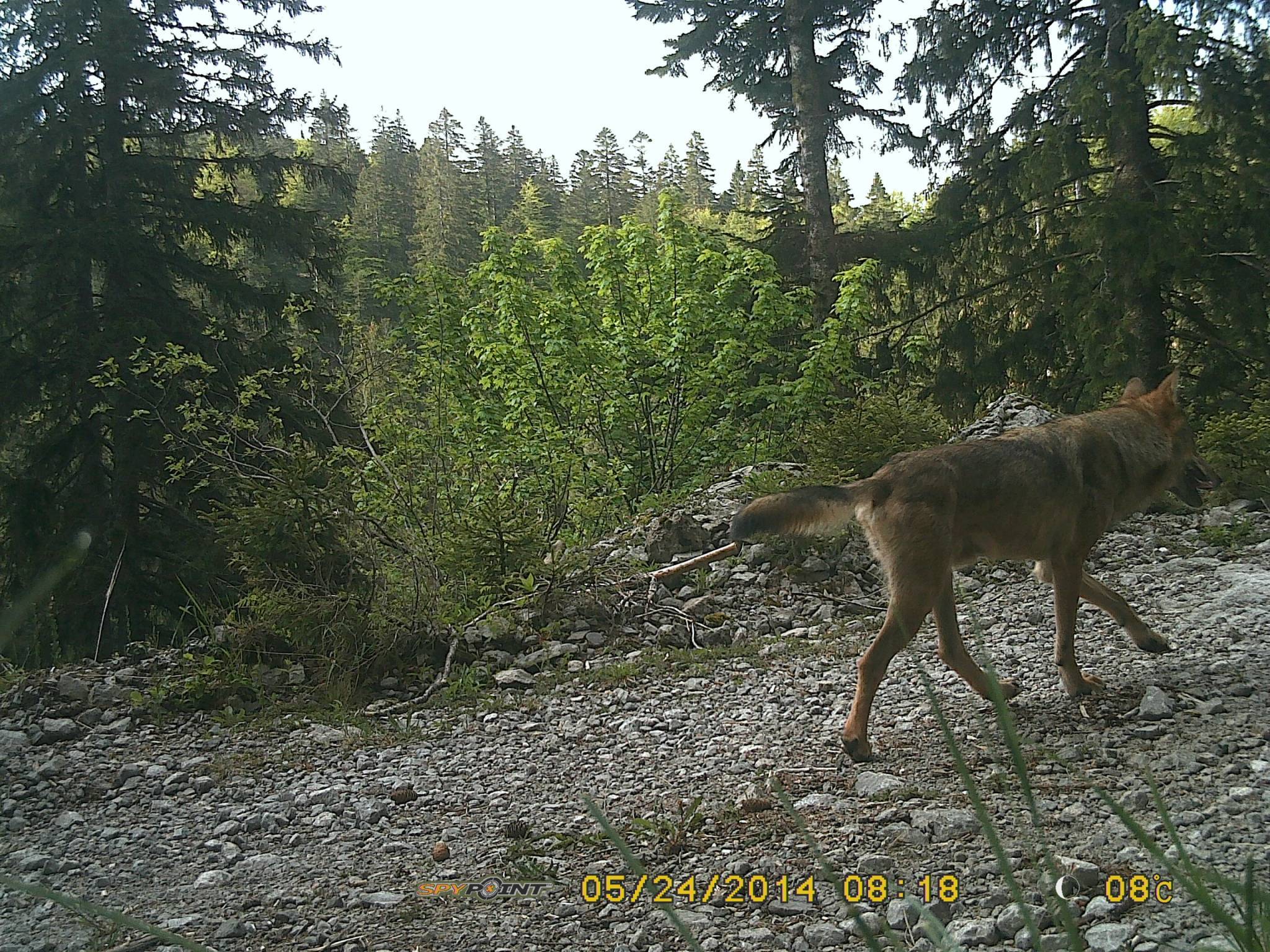 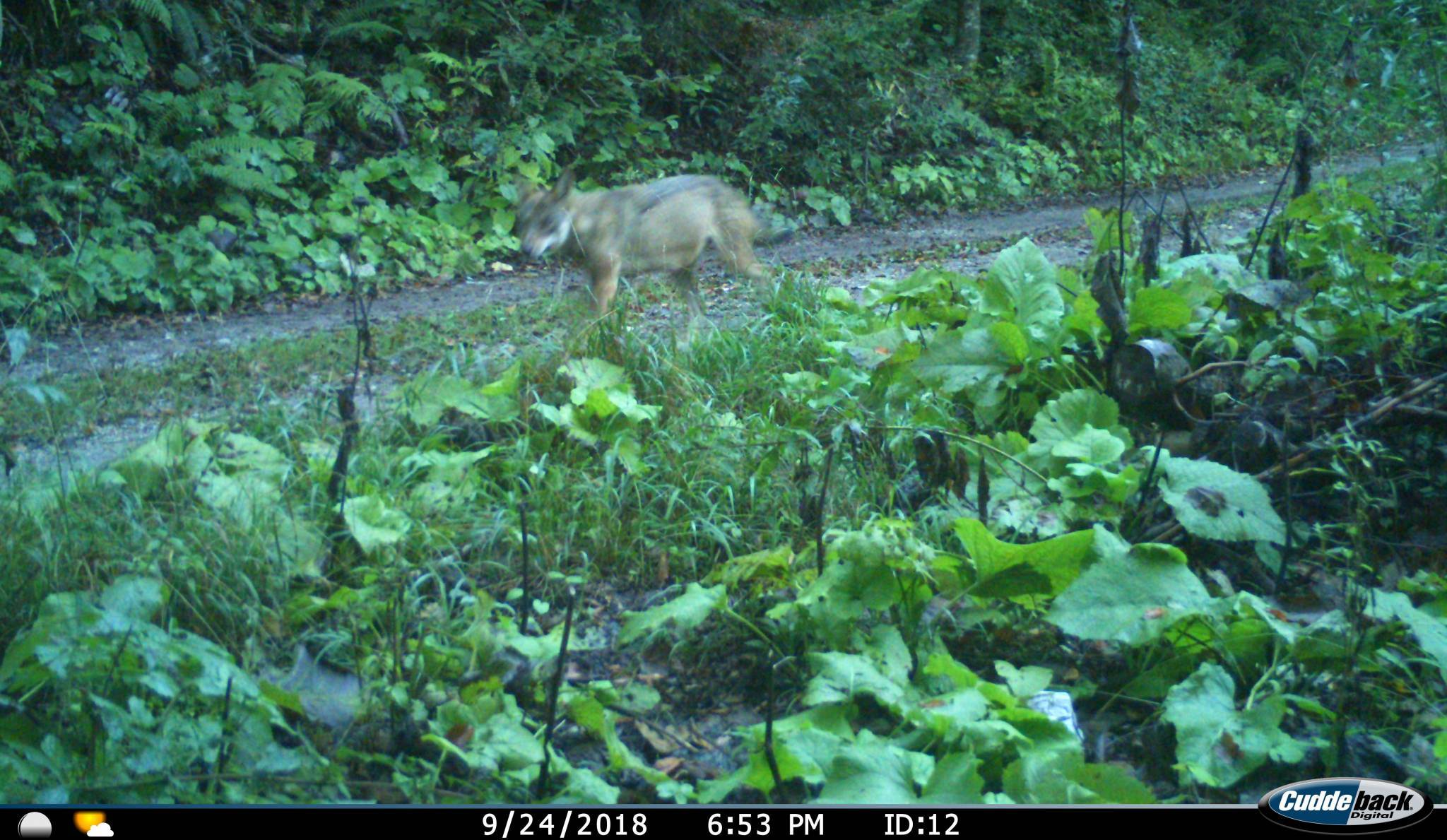 Wolves often leave their scat at intersections of forest roads and paths, to make it visible to other wolves. 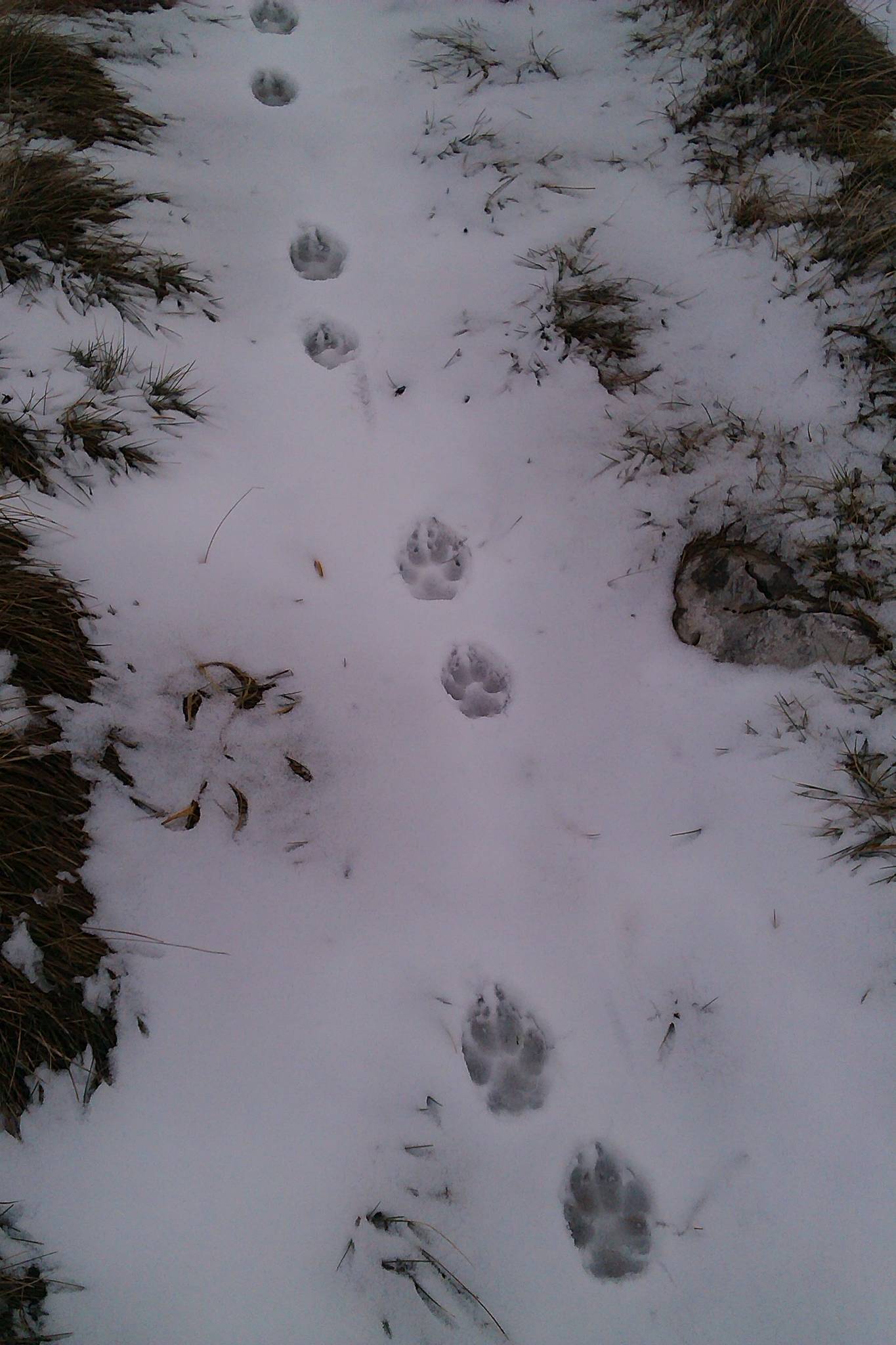 Two wolves left their trail in the snow. Unlike dogs, who often zig-zag when sniffing around, wolves move in a linear manner, rarely wandering off their track. 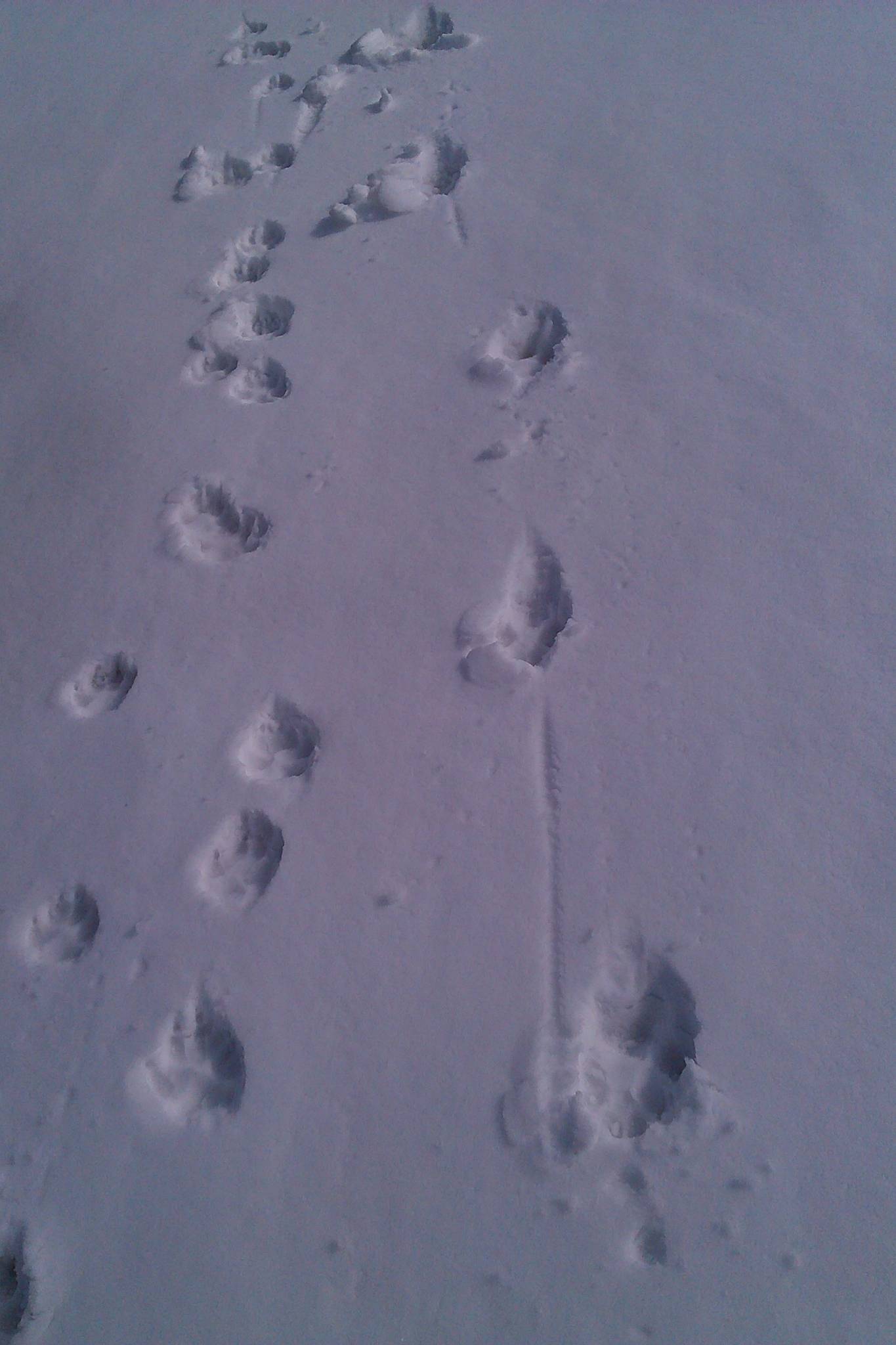 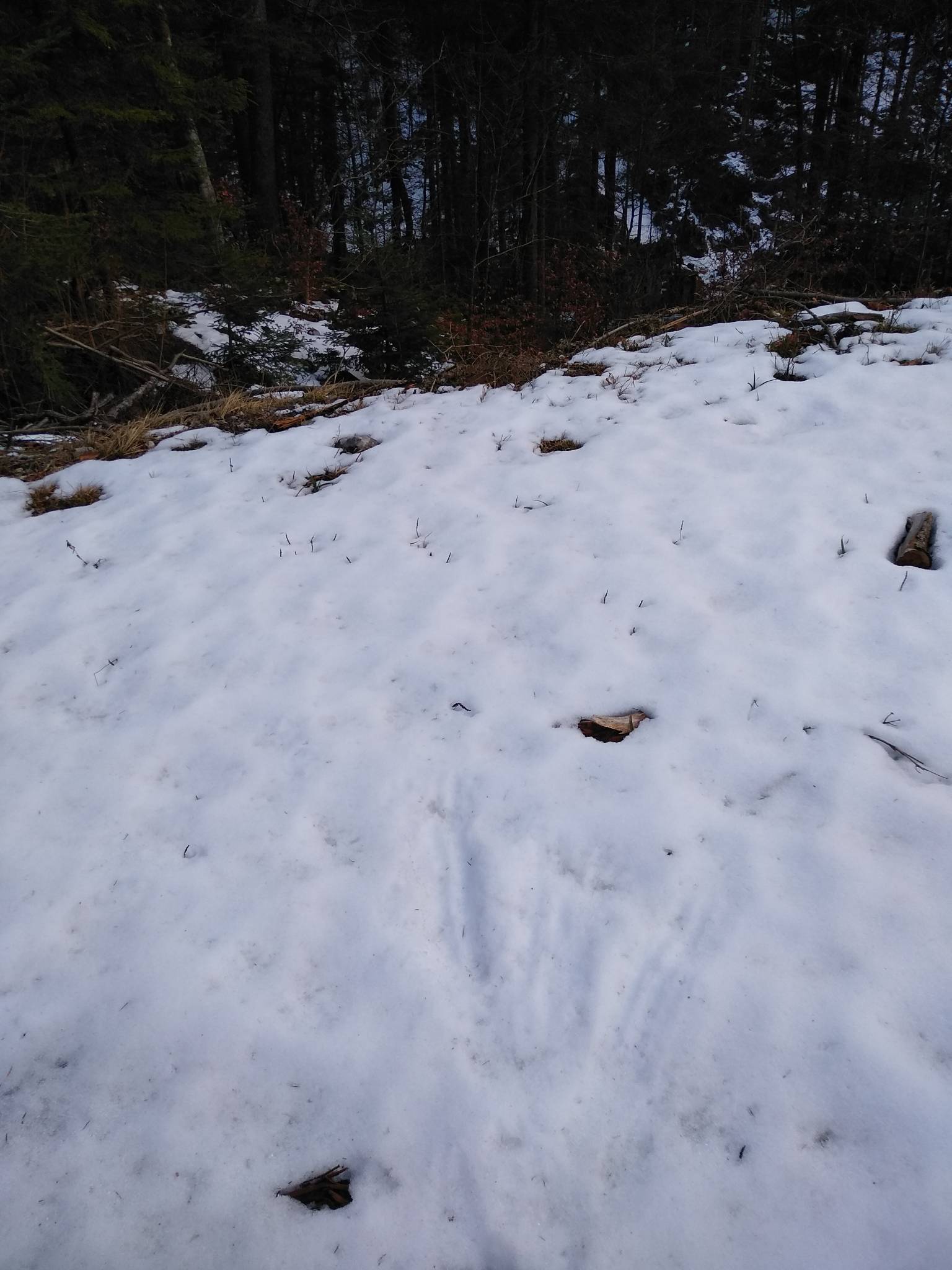 Wolves of a pack can easily conquer a prey much larger than themselves, such as the stag in the picture. Deer and boars are often found on the wolf’s menu. 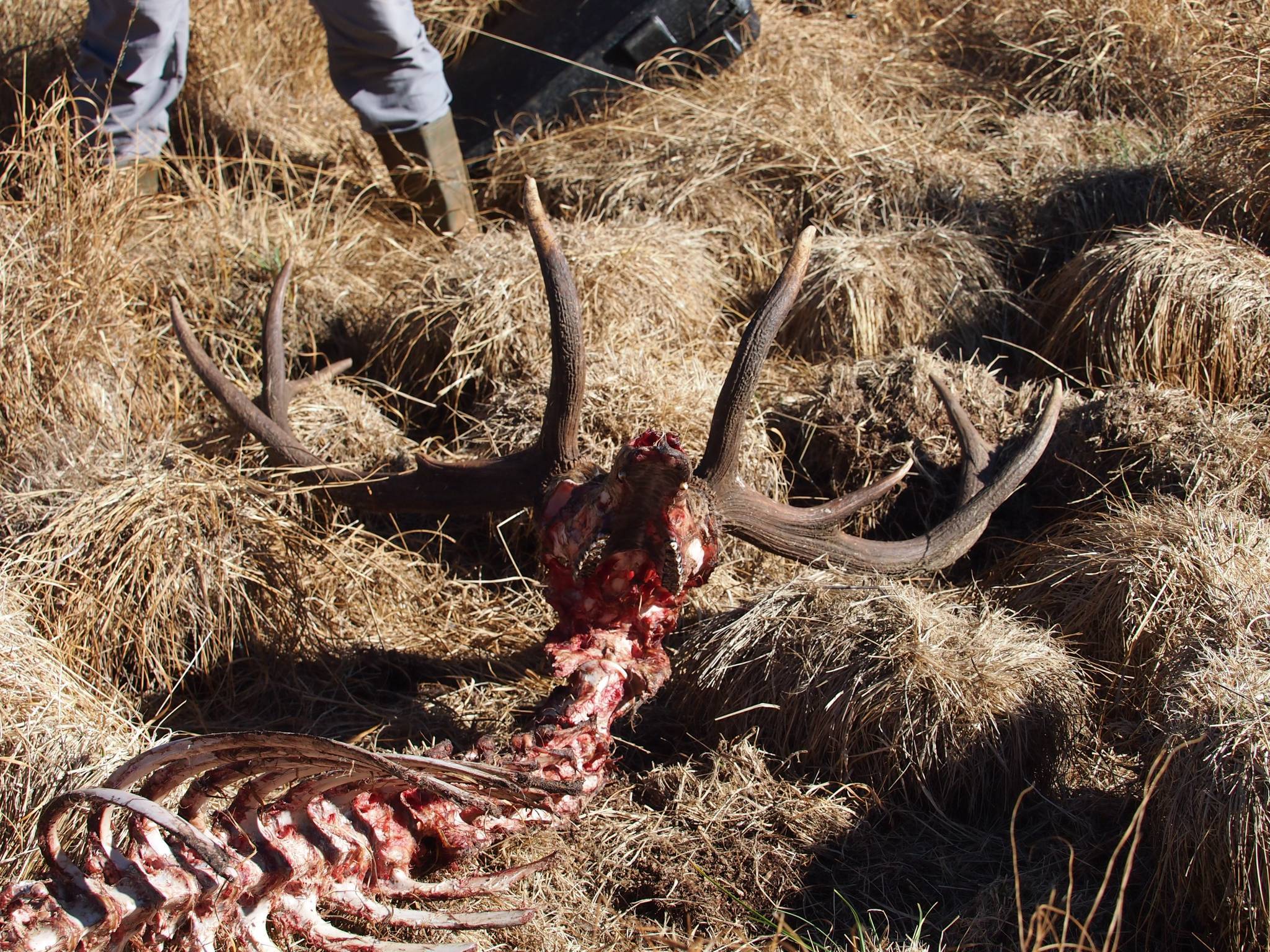