The Republic of Croatia is the home to approximately 900 brown bears (Ursus arctos), the largest European carnivores, which are part of a larger Dinaric-Pindos population. Gorski Kotar offers exceptionally favorable bear habitats, supporting a stable number of bears.

Beech-fir forest stands of the Dinarides provide peace and shelter as well as food and dens where bears hibernate during winter. In wintertime, females in their dens give birth to a litter of one to four cubs, each weighing around 350 grams. Bears are solitary creatures; however, they are generally not territorial and put up with the presence of others in the same area. 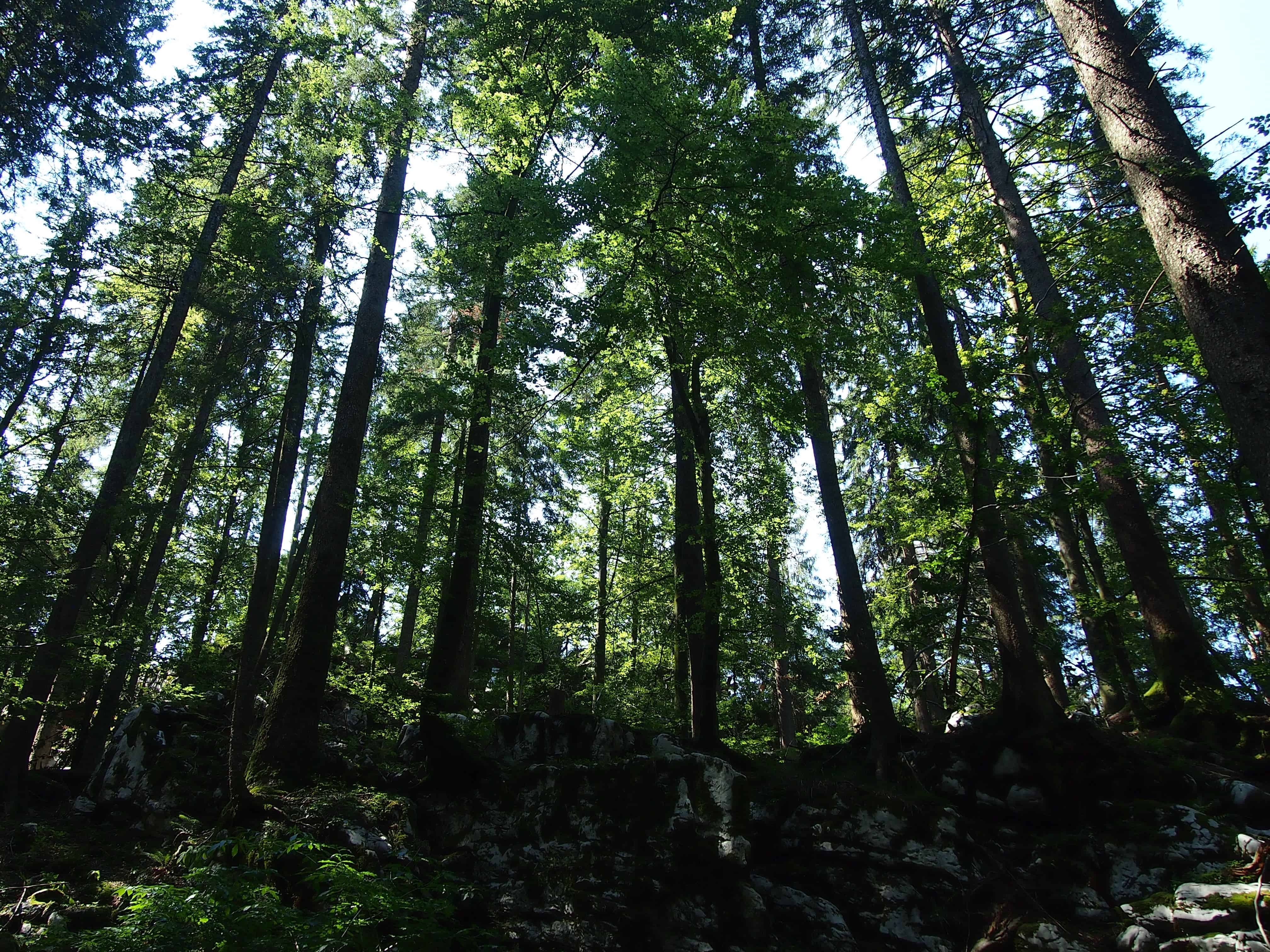 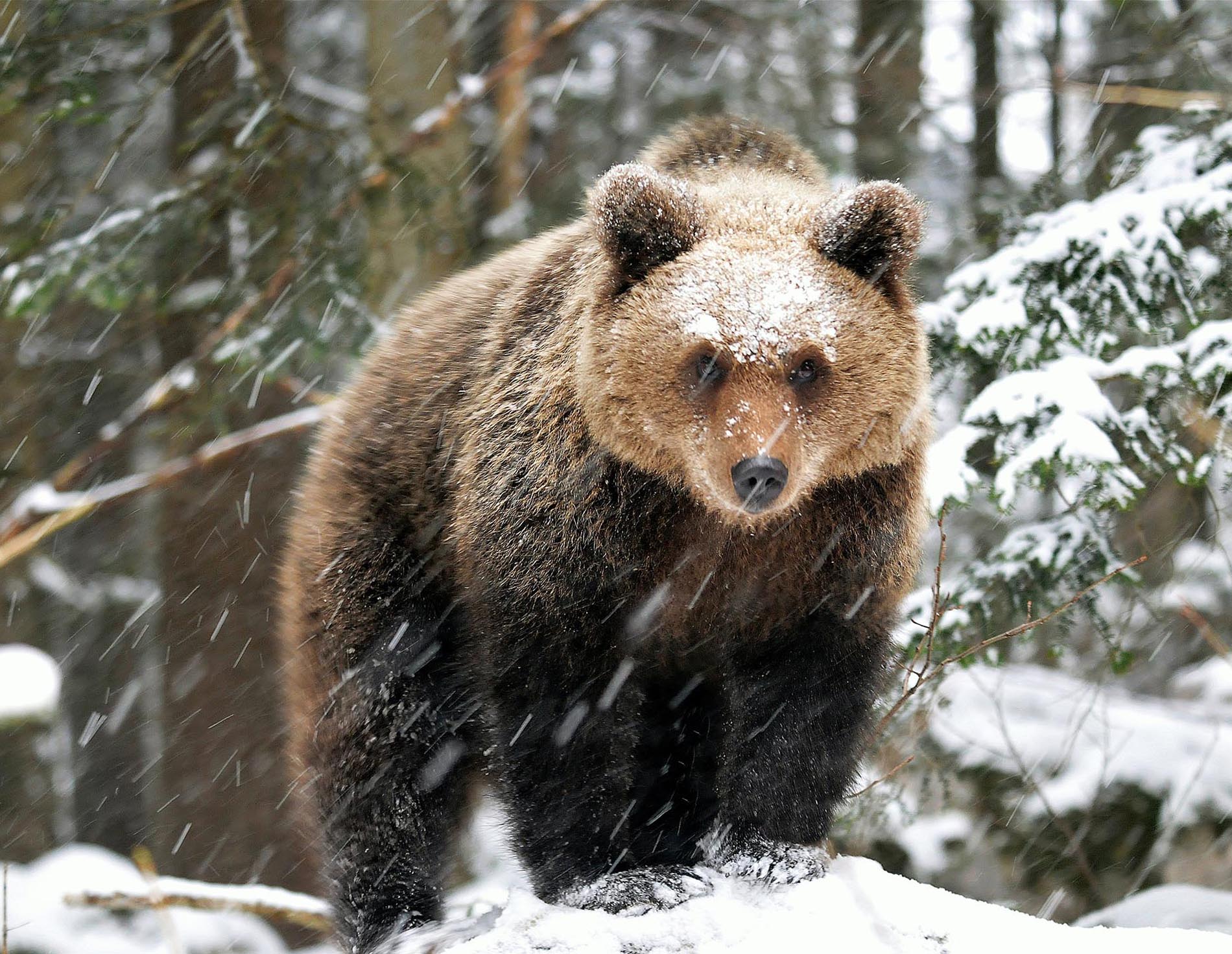 Adult brown bear in Gorski Kotar can reach the weight of 350 kilograms.

Their diet consists of a wide variety of food including plant matter in high percentage, forest fruits, especially energy rich beechnuts (fruit of beech trees), various larvae, snails and insects. Brown bear will also scavenge on carrion, the leftovers of a wolf or lynx kill.

An acute sense of smell is what enables the bear to find, for example, the remains of a roe deer, partly eaten by a lynx. The lynx covers its feast with leaves, soil, pine needles or snow, in order to feed on it in the following days. If a bear sniffs out this prey, the lynx will be deprived of its next meal. Such theft of prey is known as kleptoparasitism.

A bear can do considerable damage to livestock, orchards and particularly to apiaries, destroying the beehives in search of delicious honey if they have not been suitably protected.

Brown bear has a massive body with a distinct shoulder hump, a big head with small eyes and lovely round ears. Although it appears to be sluggish while on the move, bears are excellent climbers (especially cubs), fast runners and superb swimmers. The only island in Croatia where bears are often spotted is Krk. Bears reach Krk by swimming across a narrow strait separating the island from the mainland.

Depending on the season, bears are actively hunting for food.

In summer they can be seen coming out onto meadows at dusk in order to forage. They love water and in the heat of summer they will use every opportunity to freshen up in puddles.

Visiting a bear’s habitat requires a certain amount of caution. One should not move around too quietly, so that the bear and especially a female with cubs could be given enough time to hear people coming and move away. Tracks in the muddy forest path is an indication of a bear’s presence in the habitat. Its size can be estimated by measuring the width of its front paw.

Apart from paw tracks, a bear leaves other traces of its presence such as scat from which it can be seen what it fed on (plant matter, corn remnants that can be found in feeding places, forest fruits or hair). Scientific estimation of the number of bears in Croatia has been done by collecting a large number of bear feces samples and their DNA analysis.

Bears are strictly protected species in Croatia. However, the Brown Bear Management Plan determines the yearly quota of animals for hunting purposes, taking into account the need to ensure the future stability of the bear population.

A distinct hump on the back can be seen in an adult bear. While walking, a bear treads on the soles of its feet, so that the entire sole and heel touch the ground, which is known as plantigrade walk. 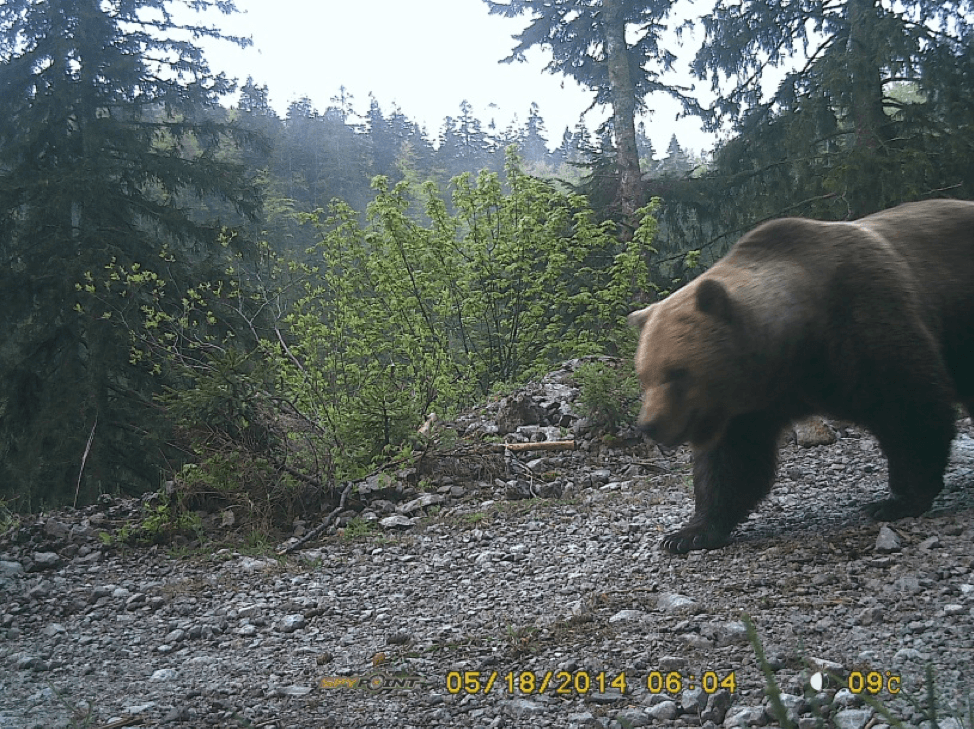 Claw marks, which can measure up to 6 cm, are clearly visible. The bear uses its claws for tearing into rotten trunks and anthills in search of larvae. 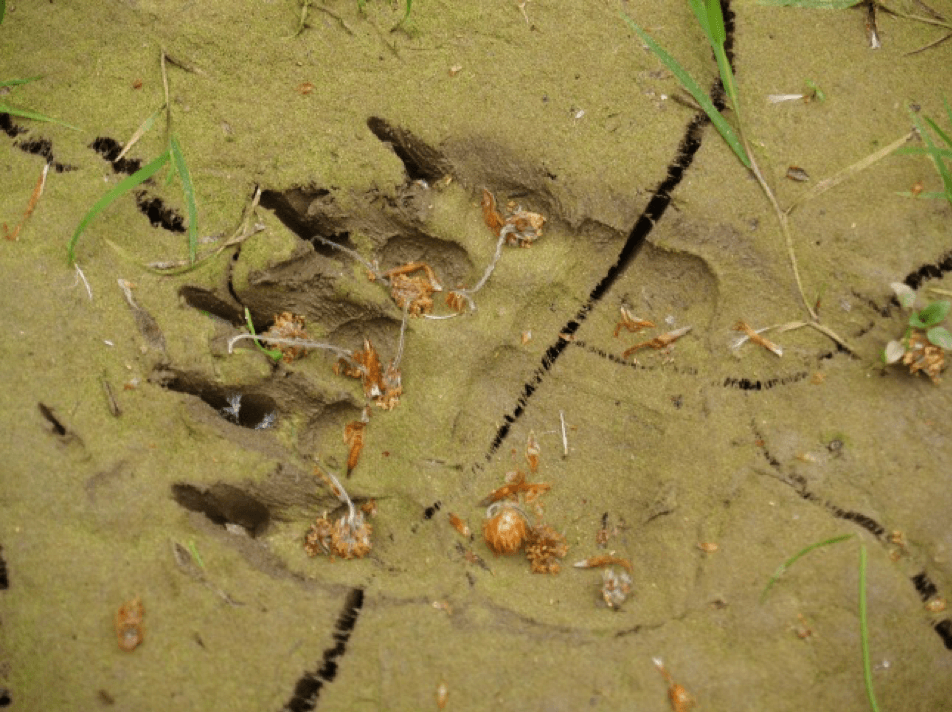 A bear’s trail in the snow 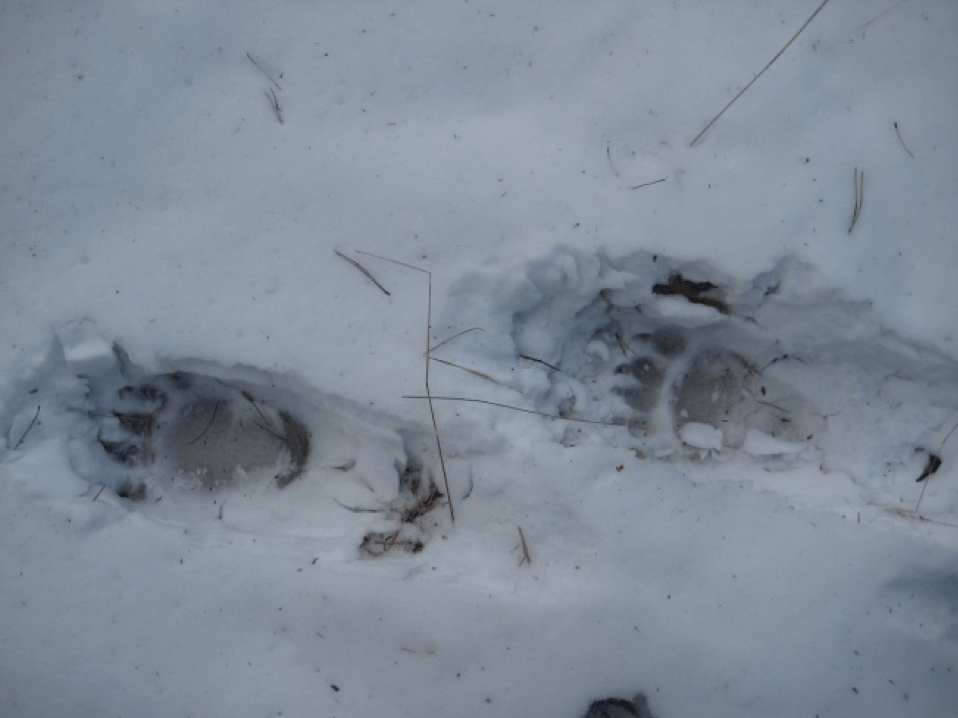 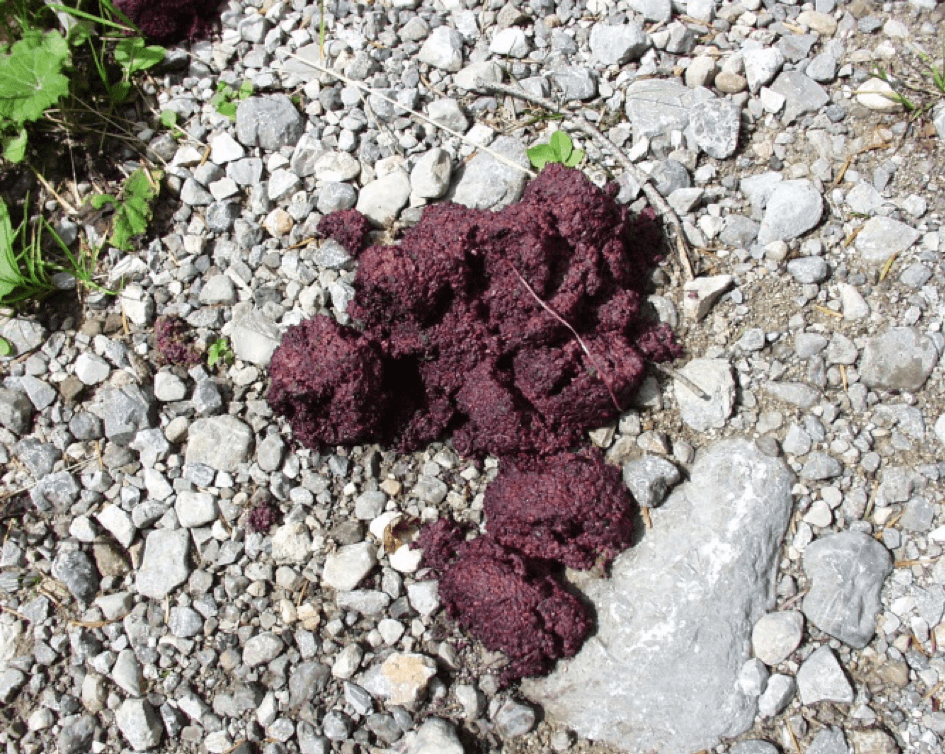 Bears sometimes leave behind claw marks and/or hair as is the case on the wooden panel of this dilapidated forest hut. 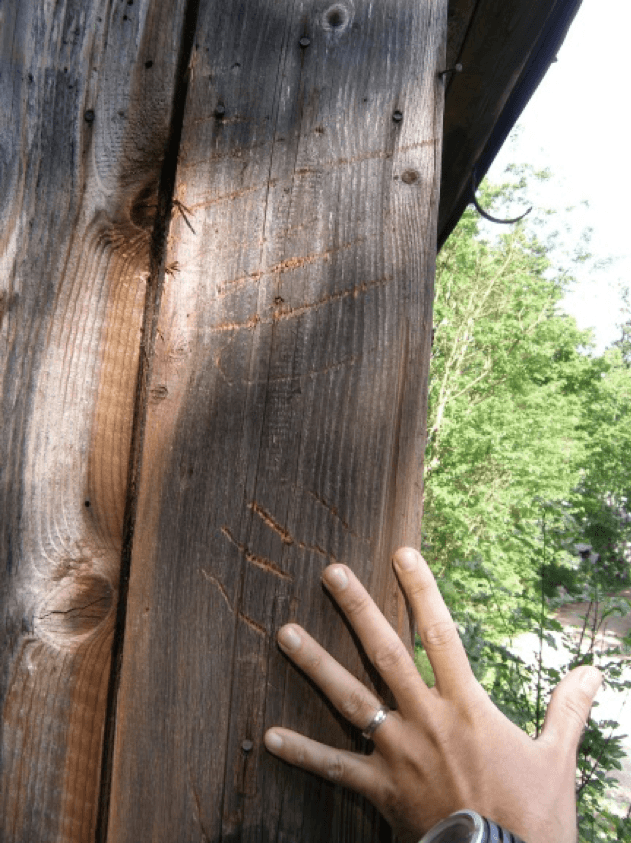 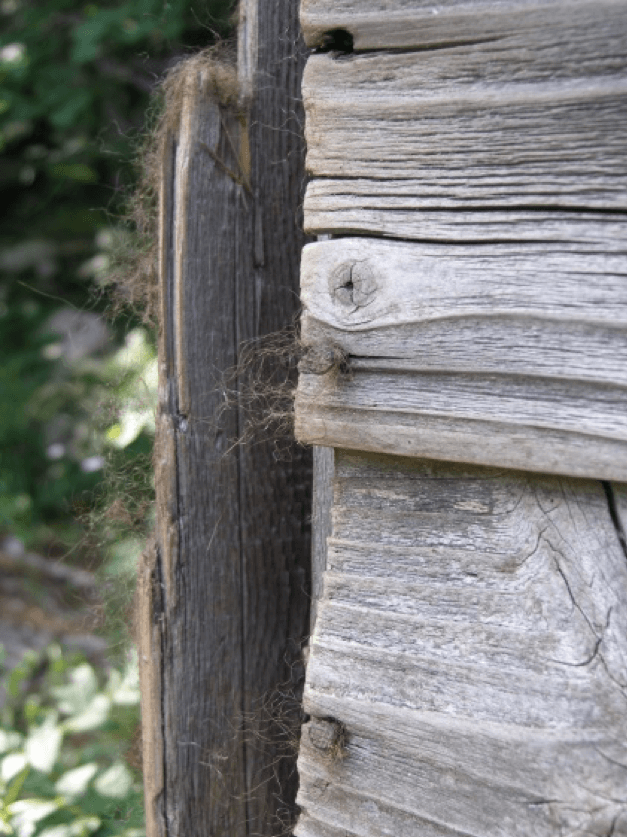 On the side of footpaths, we can often come across overturned rocks or old logs. It is the evidence of a bear’s search for food, especially insect larvae. 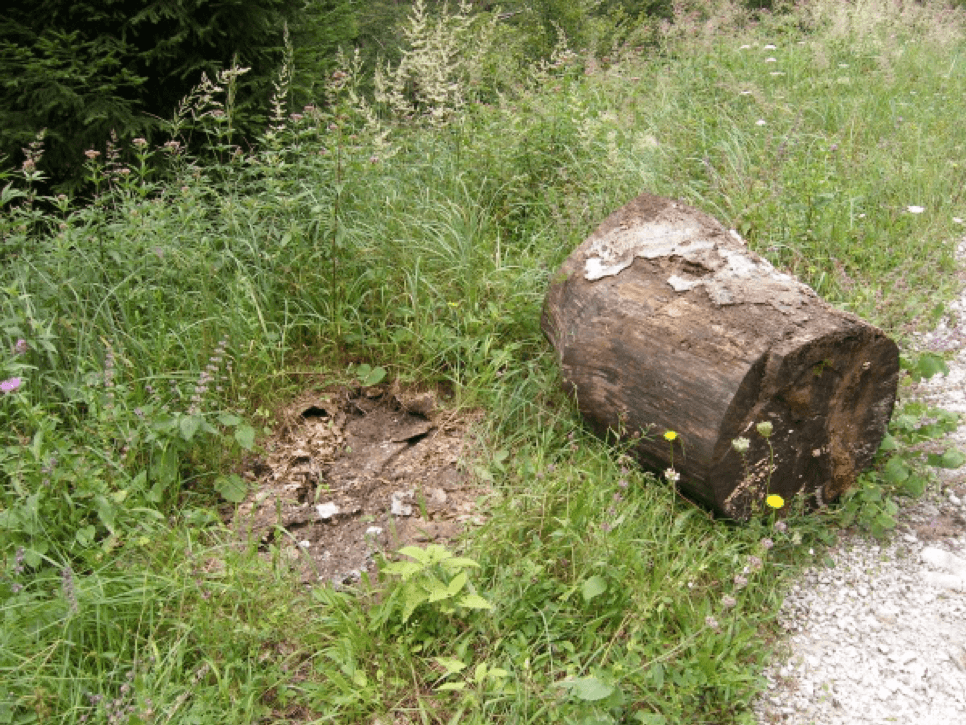 Bears regularly communicate by using “rub trees”, against which they scratch their backs, leaving their odor and hair. These are mostly coniferous trees (fir and spruce trees because of their rough bark), of a wider diameter at breast height, often solitary and located along the customary animal trails. Such trees display a change of bark color on the spots where bears rub and scratch. The bark becomes darker and worn out. 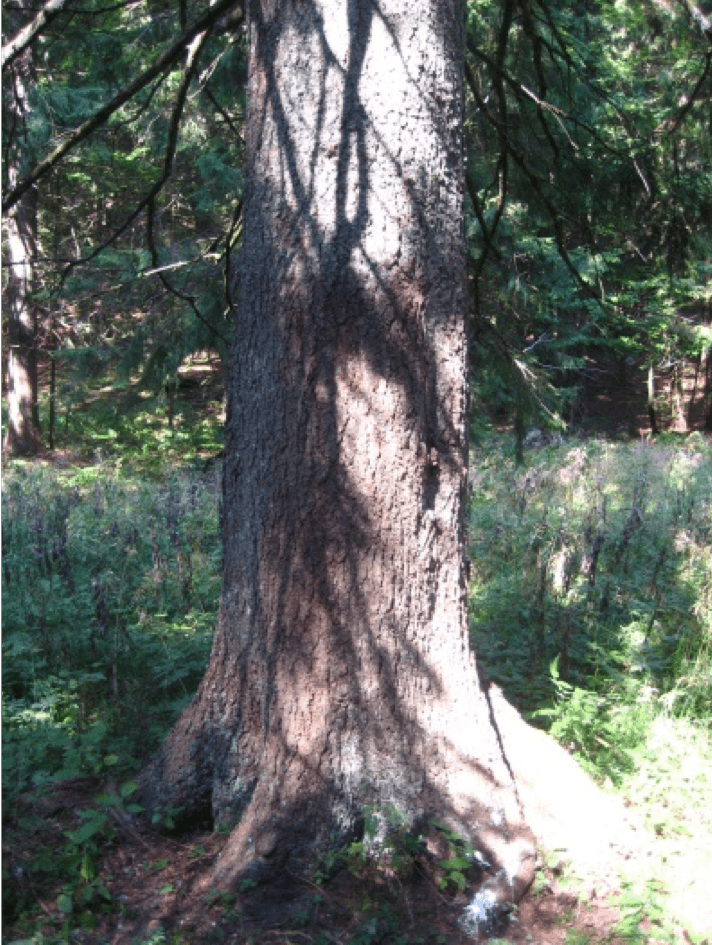 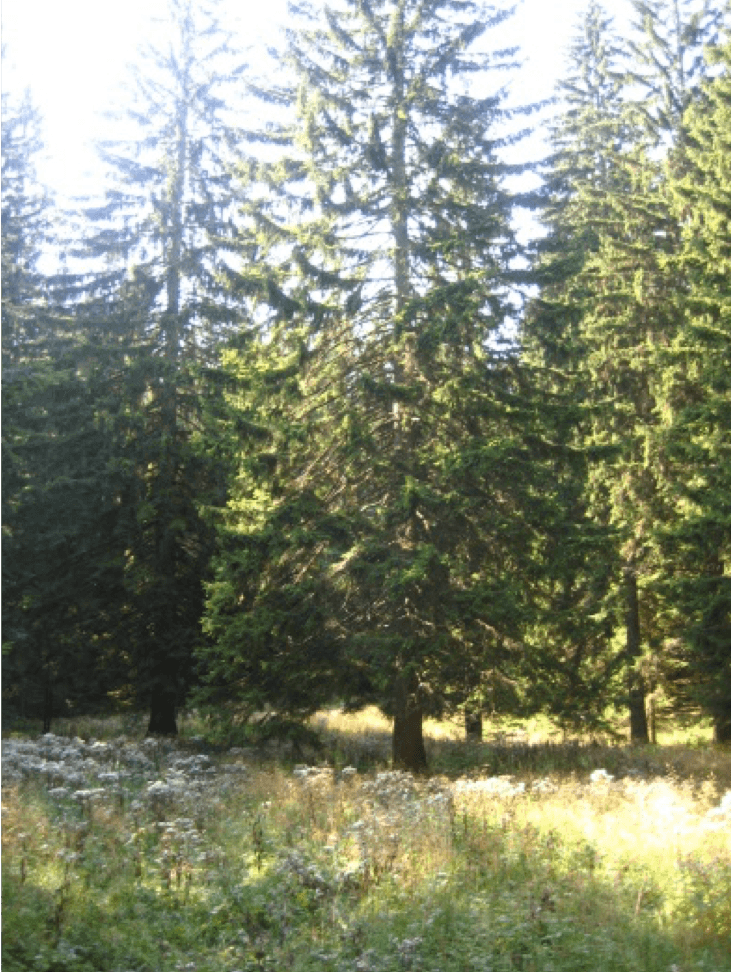